After these things, Joseph of Arimathea, who was a disciple of Jesus, though a secret one because of his fear of the Jews, asked Pilate to let him take away the body of Jesus. Pilate gave him permission; so he came and removed his body. Nicodemus, who had at first come to Jesus by night, also came, bringing a mixture of myrrh and aloes, weighing about a hundred pounds. They took the body of Jesus and wrapped it with the spices in linen cloths, according to the burial custom of the Jews. Now there was a garden in the place where he was crucified, and in the garden there was a new tomb in which no one had ever been laid. And so, because it was the Jewish day of Preparation, and the tomb was nearby, they laid Jesus there.

For those who live in the United States, it might seem strange to think about discipleship as a secret endeavor, almost a clandestine activity taking place behind closed doors. Yet, that’s exactly what happened in the above scripture passage.

Just before these verses, John recounted Jesus’ crucifixion and death. Jesus was dead and his body needed to be removed from the cross and buried before the sabbath began at sundown. The twelve disciples, who should have been present to show support for their teacher, had scattered. Given the situation, we might have done the same.

The circumstances required a different kind of disciple. Joseph and Nicodemus were “secret” disciples. They believed in Jesus and accepted his teachings, but were hesitant to publicly show their belief. However, these two men had enough economic, political and religious leverage to gain access to Pilate, the Roman governor. By approaching Pilate, they were able to bypass the powerful Caiaphas, the Jewish high priest, in order to provide a proper burial for their Master.

For those with professional careers and vocations entrenched in secular contexts, discipleship is much more complex than simply sharing their faith. God works mysteriously, even in places and through means that we do not expect. The Holy Spirit works in ways beyond human understanding (Confession of Faith, 4.02). How might God be able to use you in your particular circumstances?

God, we are thankful that you can use all of us regardless of our fears or to what extent our faith is publicly known. We pray for those disciples who do your work behind the curtains. Amen.

Ricardo L. Franco is the assistant pastor at Casa de Fe y Alabanza Cumberland Presbyterian Church in Boston, Massachusetts. A member of East Tennessee Presbytery, Ricardo has worked bi-vocationally for more than a decade in the United States in a variety of theological, ethnic, and cultural contexts. Currently he is an adjunct professor at Boston University School of Theology and a researcher with the Latino Protestant Congregations Project at Calvin College. He is also a member of the denomination's Missions Ministry Team.

How To Be A Missional Young Adult

This blog is written by Rev. Patrick Wilkerson. Patrick and[...] 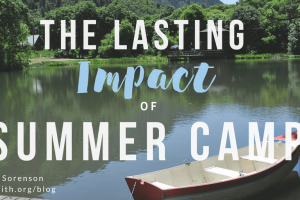 The Lasting Impact of Summer Camp

Originally written for Vibrant Faith: “our name is our mission.”[...] 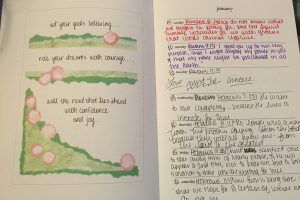 How To [not] Do It All: Making Time For God

Written by: Stevey Ukena If you’ve ever sat down[...]