He was a lifelong member of Cookeville First Cumberland Presbyterian Church (Murfreesboro Presbytery), where he was an ordained elder. He also taught Sunday school and served on the building and grounds committee.

Fowler enlisted in the United States Army in 1953. He was a veteran of the Korean and Vietnam Wars as a fixed-wing pilot, helicopter pilot and aircraft maintenance supervisor. During his distinguished military career, he was awarded many honors, including the Army Commendation Medal for Meritorious Service. 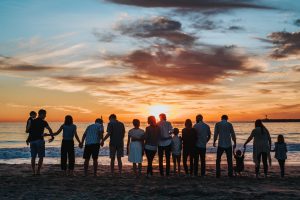 As we know Jesus became like humankind so that he[...]

Matthew Ryan Looney, 32, a member of the Richland Cumberland[...]

What If Christ Doesn’t Want Any Part of Our Christmas?

As the Christmas season approaches, so too does the seemingly[...]