The Case for a Moral Budget

This Lenten season had been underway for less than two weeks when news of the administration’s budget outline for the next fiscal year hit the streets. Predictably, the airwaves and internet were immediately filled with both the acclamations of strident supporters and the criticisms of passionate opponents. It seems that once again, we may be in for a long, contentious battle over how our resources will be spent—and make no mistake, they’re our resources and it is our responsibility to weigh in on how they should be spent.

In the midst of the turmoil that budget negotiations and Intelligence Committee probes and Supreme Court nominee hearings are bound to bring this month, we will celebrate Easter, the fulfillment of God’s promise of new birth through a hope that is alive. In Christ’s resurrection, we will celebrate the revelation that agape, and agape alone—as the catalyst for everything we do—can “fix” this broken world and usher us to the threshold of God’s kingdom.

I’m mindful of Jesus’ advice, recorded in Luke (20:23-25), that we render to civil authorities the resources (money) that they require of us—and in our own case, arguably, that they need in order to provide for the common good. As I see it, however, his purpose in this vignette was not to persuade the Jewish citizens to submit passively to Rome, as the Sadducees might have urged (the fact that the spies seeking to trick him even possessed the coin in the first place implied a certain level of collusion), but to live in obedience to God—active and intentional obedience.

And what does that obedience to God look like in action? Jesus laid that out pretty plainly, I think. Without equivocation and without strings, we are to feed the hungry, to give drink to the thirsty, to provide hospitality to the homeless and the refugee, to clothe the ill-clothed, to minister to the sick and imprisoned, and to love those whom we consider enemies.

Of course, as innately selfish and fearful creatures, none of this is easy for us. But try as we may, there is no way to spin Christ’s demonstration of unconditional obedience to the will of God on that Good Friday so long ago. We are called to sacrifice.

So, what has this to do with our federal budget? As I see it, the priorities we endorse as a nation reflect to some extent the priorities we endorse as individuals. The federal budget is arguably a macrocosm of our own. And ultimately, the things and activities we prioritize, both personally and as a nation, directly reflect the extent to which we take the will of God—as revealed in the life, teachings, and self-giving love of Jesus Christ—to heart.

It’s not about politics. It’s not about economics. It’s not about ensuring our personal security or comfort. It’s about love, and how we’re going to respond to Jesus’ call to live our lives in obedience to that love. It’s about putting our faith in the God who has promised always to be with us, and letting go of temporal—and temporary—illusions of strength. To do otherwise, as I see it, is to miss the opportunities for joy that belong to an Easter people.

As we celebrate our resurrection into new life through Christ, let us do so in part by advocating for those priorities that reflect an honest understanding of his priorities.

In the April issue of The Cumberland Presbyterian, we celebrate the life and ministry of Rev. Randy Jacob. Like many other Cumberland Presbyterians, I had known Randy for many, many years—dating back to around 1968, I believe, when he was attending seminary. My father, who was active in the civil rights movement of that decade, introduced me to him at some point. In my mid-teens at the time, I remember being captivated by this proud, young man with braided hair—the first American Indian I had ever met—and becoming even more interested than I already was in Indian myth and culture, especially as it related to humankind’s relationship to our environment.

Our paths crossed only briefly numerous times through the years, until the late summer of 2009. I was newly employed by the Ministry Council and was assembling my first issue of The Cumberland Presbyterian. The cover story of that October issue was about a partnership between Choctaw Presbytery and the Mar Thoma Christian community of Oklahoma—Indians with Indians.

Aware that the correct way to identify America’s indigenous people had sometimes been a matter of dispute, I asked Randy (who had written one of the feature articles) to confirm that “Native American” would be correct. He replied—rather firmly and incredulously, as I recall—that he and his ethnic brothers and sisters are “Indians”, plain and simple. It was a lesson I have not forgotten.

A year or two after that, I was able to spend a whole afternoon with him during a visit to Choctaw Presbytery. For a figure as imposing as Randy might have been to some, I remember being most impressed with his gentle nature—relaxed, confident, impish, and eager to show me around the Broken Bow area and acquaint me with the history of his people.

We watched a Choctaw softball game (where he appeared to know and be known by almost everyone in town), and visited the local high school and a monument to the Choctaw Trail of Tears. It was an afternoon of laughing, learning, and sharing that I remember fondly to this day.

Each of our three contributors remembering Randy in this issue knew him far better than I, and I believe you will find their tributes not only gracious and informative, but entertaining as well. He was quite a man. Our denomination is diminished temporarily by the loss of Randy Jacob, but in the long run, we would not be the people we are had it not been for his courage, his wisdom, his perseverance, his humor, and his leadership. To Randy, I say, Tishu aiahli achukma chia ma! 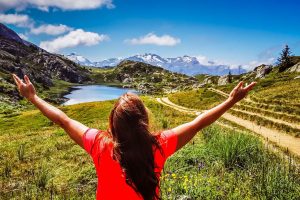 And Indeed, It Was Good

Reflect There is no place on this earth we can[...] 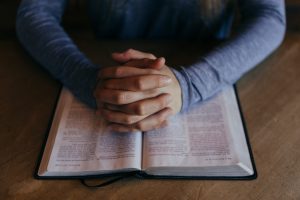 Why is prayer discussed as stewardship? Because prayer is the[...] 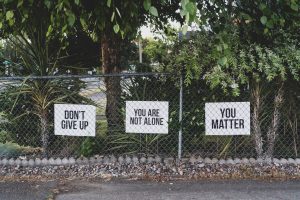 Several boys once took a hike along the railroad tracks[...]