Want to reach young adults? Don’t ask the youth director to do it!

I’ll admit it; I’m a sucker for reality television.

There’s just something about sitting in my living room watching you in your living room that is entertaining! Believe it or not, my wife and I were recently featured on a reality TV show where viewers watched us buy a house.  Spoiler alert: we chose the third one. Who knew that something as mundane as house hunting could create television that millions would watch every week?

Currently, my favorite reality show is “Extreme Cheapskates.” This show takes something as simple as “trying to save some money” and finds the most outrageous examples to put on TV. Viewers tune in to watch families ration their food and toilet paper and even mix one part juice to five parts water so things will go further. One mom even went so far as to count out the cereal for her toddler son: “We’re going to give you fourteen,” she said as she counted out 14 Cheerios. She gently reminded him as he hungrily gobbled up his meager pile, “And remember, you need to eat all your Cheerios or next time you only get twelve.”

While counting Cheerios and sheets of toilet paper may sound extreme, there is something respectable to most Americans about trying to save a buck or two. It feels responsible. And it feels successful. It also feels like what most churches try to do with their young adult ministry. Churches often look for something that’s quick, that’s cheap and that will give them the most bang for their buck.

The struggle to reach 18-30-year-olds is not unique to your church.

Churches everywhere are having these conversations at some level of leadership.  Even the churches that look like they are succeeding would claim to be “still figuring it out.” At some point churches just start trying ideas hoping something will work, like throwing darts at a wall and then painting dartboards around them. One of the most common darts thrown is this one: “let’s get the youth worker to do it.”

More often than not, the easiest and least thoughtful method of ministering to Millennials is to walk down the hall, find the youth director’s office and add another title to that nameplate: “Director of Youth AND Young Adults.” It’s also a big mistake.

Let’s be honest, starting with the youth ministry director doesn’t seem like a bad idea.  After all, they might have already graduated a few classes of high school students, in addition to likely being a “young person” themselves. They might even hold the record having the most relationships with anyone under the age of thirty in your congregation.  It makes sense that we would engage this person in the mission to Millennials.

A local youth worker named Jesse called me up to have coffee a few weeks ago. His church had decided it was time to do something to reach young adults so they had taken the very common next step of asking the youth worker to start a college ministry. Jesse bought me a cup of coffee and asked me as many questions as he could about how to pull this off.

Now Jesse seems to me like a pretty talented guy. He’s been in youth ministry for a few years. He plays guitar in his own band. His marriage is about a year old, and he has plenty of relationships with other young people just like him. He has all the qualifications almost any church would look for in a person they want to head up such a task of reaching young adults.

But I believe that Jesse is destined to fail at this task.

First, it’s tough to succeed as an afterthought. The Millennial generation is the largest single generation in the history of the planet.  Our priorities seem drastically misaligned if we think we can be effective with such a massive group of people when we are unwilling to intentionally resource them. Making Millennials another plate for the youth director to keep spinning is a quick way to ensure lots of frustration and little reward. It’s really the choice to say “we hope this works . . . but we don’t really care.”

Like trying to stay warm under a 4-foot by 4-foot blanket, under-resourced ministries often struggle to maintain success longer than six months to a year.

We might respect people who are thrifty but reaching Millennials is going to require more intentional resourcing if we are to succeed. With all of the opportunity the Millennials bring to the church, it almost seems insulting to design ministry to them “on the cheap.” They deserve more than becoming a caveat to the youth ministry.

The second problem is that youth directors aren’t equipped to do what we really need them to do.  They are busy doing something else… working with middle and high school students. It’s perfectly normal for a successful youth worker to do what they do best when handed the task of reaching Millennials and simply copy the style of ministry we used with high school students.

Ministry to young adults is holistically different from youth ministry. Youth ministry aims to train and equip teens for life as mature Christian adults. That same purpose, copied and carried over to ministry with young adults, brings dangerous results. With this viewpoint, the focus will never be on integrating Millennials into the adult life and leadership of the church.

As a result, youth ministers often end up creating an alternative universe for young adults that continues to offer age-segregated ministry all the while keeping them in a “sub-adult” category — never allowing them to “graduate” into the church as a whole.  This approach has the potential to alienate young adults from the church body as a whole until they marry, have children, establish a career and finally become “real church members.” It’s debilitating to the maturation process of young adults and for the church as a whole.

George Barna gives us some discouraging statistics around this reality:

The most potent data regarding disengagement is that a majority of twentysomethings – 61% of today’s young adults – had been churched at one time during their teen years but they are now spiritually disengaged (i.e., not actively attending church, reading the Bible, or praying).

This method of extending the youth ministry ensures we will keep using the wrong approach with Millennials. Rather than leverage the wonder and mystery of this generation and bring their voice to the table, we box it up and place these young adults on hold asking the youth minister to corral them and try to keep them entertained – much like we once did with our teenagers.

If you watched the 2012 summer Olympics in London, you saw a new world record set in the 4×100 meter relay set by the Jamaican sprinters. In a race that has historically been dominated by Americans, a strong team of record-setting sprinters from Jamaica held off the US team and dominated in the last leg of the race for the gold medal.

In a race that included four men on the team and lasted only 36.84 seconds, the need for precision was intense. Without a doubt, the reason this team could post that time and win the gold medal came down to the hand-offs. Every single hand-off was precise, on target, with no time or energy wasted.  When elite relay teams manage a race with three perfect hand-offs, they’ve got a chance at gold.

As we look at engaging Millennials into the life and leadership of our congregations, the hand-offs our churches make are extremely important too.

If we can manage a good hand-off from childhood to middle school and middle school to high school, we have a better chance of success.  If we can manage a better hand-off from student ministry into college and young adulthood, our churches have a stronger opportunity to grow the kingdom. And if our churches can navigate a smooth transition of the 18-30-year-old generation into the overall life of a church, we might find our older generations crossing the finish line with their own faith having successfully passed the baton to others along the way.

But in order to do that, we have to move the baton through each exchange zone. You’ll never see the number three runner continue to race to the finish line himself. You’ll never see anyone simply extend their own leg of the race because they don’t have a strong runner in the next section. The baton has to make it all the way through each leg.

Instead of trying to figure out why we are dropping the baton, churches have chosen to extend the current leg of the race. Rather than think intentionally about how Millennials cross the finish line, we’re spending more time extending youth ministry.

Youth ministry can’t be our model for young adult ministry. Youth Directors can’t be our knee-jerk solution to providing leadership for college ministry. It’s the wrong model, it’s the wrong resourcing and it sends the wrong message. Millennials need to be valued, they need an intentional strategy and they need to be engaged from the top-down in our churches. Approaching them as an add-on or with by throwing darts at the non-existent target is a strategy that ensures Millennials will never engage at your church. 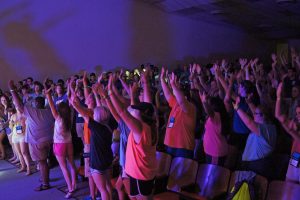 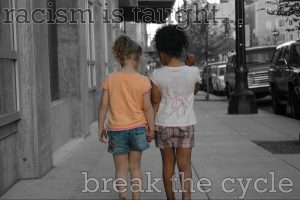 We Need To Talk About Racism

From Ferguson, MO to SAE at University of Oklahoma, from[...]

How To Be A Missional Young Adult

This blog is written by Rev. Patrick Wilkerson. Patrick and[...]