19 May 2022 Posted by Matthew Gore CP News, Obituaries No Comments

Sondra Baird Roddy, 73, of Lexington, Kentucky, died May 3, 2022, after a heroic battle with ovarian cancer.  She is survived by her husband of 53 years, The Reverend Dr. Lowell Roddy, sons David Roddy of Portland, Tennessee, Sean Roddy (Gina) of Winchester, Kentucky, and daughter Alicia Roddy Olsen (John) of Lexington, Kentucky.  She has three grandchildren, Thalia Roddy of Winchester, and Grayson and Jacob Roddy of Portland.  She was predeceased by her parents, The Rev. Dr. Colvin Baird and Thalia Buck Baird, and sisters, Cynthia Bell and Laraine Mitchell, all of Memphis, Tennessee.

Sondra was the oldest of five Baird daughters.  She was born April 23, 1949 in Jackson, Tennessee, there being no hospital in Yorkville where her father was pastor.  Her father became a professor at the Cumberland Presbyterian Theological Seminary in McKenzie, Tennessee and later in Memphis where he became President of Memphis Theological Seminary.  While he was pursuing a doctorate at Princeton, Sondra and her family lived in Medina, TN, where her mother taught mathematics for all twelve grades in the town’s only school.  Although a student herself, Sondra enjoyed tutoring some of the younger pupils.  When the family moved to Memphis, Sondra transferred to Central High School after which she attended Bethel College (now Bethel University) majoring in biology.  She and Lowell were married June 12, 1969, and moved to Memphis for him to attend MTS.  Sondra finished her bachelor of science degree at Memphis State University (now The University of Memphis).  She continued her education at Memphis State and received a master of science degree in biology in 1973.  She later attained a master of science in mathematics from The University of South Carolina in 1995.

She was a brilliant student, having made the grade of A all her academic life.  A consummate educator, Sondra enjoyed sharing knowledge.  During the family’s frequent military moves, she taught math and science for Sylvan Learning Center.  She also taught in the adult education/GED program at Fort Richardson, Alaska, and Pearl Harbor, Hawaii.  Later she taught adult education mathematics and science for five years in a nontraditional school in Columbia, South Carolina, where she was selected Teacher of the Year for the school district.  When Lowell retired from the Army, Sondra became an associate professor of mathematics at Nashville State Community College in Nashville, Tennessee.  She was again honored for her service to the college and the regional teachers of mathematics association.  After her retirement from full-time teaching, she continued to teach for Nashville State remotely until age 70.  While being an active teacher, she also was a passionate member of the Memphis Theological Seminary Board of Trustees for 9 years, ending in the fall of 2021.  The Rev. Dr. Jody Hill, current President of MTS, said, “She served many of those years as board secretary and conducted that role with professionalism, care and close attention.  Sondra and Lowell were tireless and extremely gracious in the many ways they supported our mission of serving the Church; I am deeply grateful for their leadership and love.” 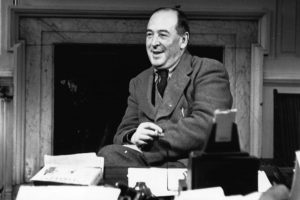 Welcome to the first post of a series where I will be sharing different resources that have helped me to grow broader in my understanding of faith and deeper in my spirituality. My hope is that they will encourage you as well. A simple caveat must be said. These debates and lectures are not necessarily endorsements of any particular theology, doctrine, social, or cultural position.