Shalom—Are We For It, Or Not?

While it wasn’t originally intended as such, the Buffalo Springfield track, “For What It’s Worth”, became an iconic anthem of the 60s. For many, it came to serve as a frank and pointed commentary on a conflict between people with passionately-held but very different beliefs—a warning in many respects about what can happen when people rush to opposing sides of an issue, foregoing any opportunity for civility and dialogue in favor of confrontation and a “my way or the highway” approach to conflict resolution.

One of the enduring images from that period in our history is a photograph that captured a vignette of two groups of people, standing toe-to-toe, leaning into each other, fists clenched, neck muscles strained and taut, and faces full of anger, spittle hanging in the air between them as they scream at each other. Thankfully, the image has no soundtrack, but then, like any good photograph, it needs none to convey the vitriol being spewed by each side toward the other. To the viewer of that photo, nothing is more evident than the contempt, if not the hatred that each side feels for the other.

Unfortunately, such images are still all too common. Whether we’re watching groups parading hatred and bigotry in Charlottesville and Shelbyville, or following the news of yet another mass shooting, or listening to people sworn to uphold our Constitution condemn the constitutional protests of aggrieved citizens, it seems clear that “being right”—that asserting one’s own idea of “how things ought to be”—often trumps any desire we may claim to have for peace. These and myriad other examples of persons at odds with their neighbors—for countless reasons, large and small—are stark reminders of our world’s desperate need for good news—for an answer to the hope that every human being surely has for the kind of peace that manifests as an absence of conflict.

But the sort of peace we are so often promised in the Bible—the peace we await at this time of year especially—is immeasurably more desirable than merely an absence of war or conflict, as desirable as such peace is. It is a peace also characterized by the pursuit of sound relationships, of harmony—both with God and with our neighbors—and seeking fulfillment in righteousness. It is a peace manifested most fully in the life and teachings of the man whose birth we will soon celebrate.
As we anticipate the arrival of the Prince of Peace, I sometimes can’t help wondering if we’ll even recognize that peace when we see it. Put another way, I wonder if the kind of peace we desire almost cavalierly at times is really the sort of peace that God desires for us—a state of completeness and harmony in heart, mind, and soul, and a way of living with others that Old Testament writers so often referred to as shalom.

A necessary prerequisite for any battle is the existence of at least two persons, each of whom is so convinced that his or her cause is “right” and that of his or her opponent is “wrong” that they are willing to fight—and perhaps even to die—in defense of it. Sometimes—though I suspect not as often as we may like to think—that willingness to resort to violence on behalf of our cause may be justified. As Adolf Hitler pressed forward with his “Final Solution”, for example, the United States and its allies were compelled to respond, emphatically, that the evil inherent in his plans could not be tolerated. The Civil War, precipitated by the south’s embrace of human slavery as part of an acceptable economic model, was the Union’s justified response to an indefensible evil.

But not all battles—not all instances of disharmony or conflict—need involve physical violence. And, as I see it, the emergence of an ideological, political, or theological disagreement does not always leave us only with the strictly binary possibility that one party is “right” and the other “wrong”. I think we often dismiss the opportunity for compromise—for finding harmony, shalom, even in our disagreements, as a sign of weakness.

The Cumberland Presbyterian Church has had its share of theological disagreements, and there is no shame in that. Disagreement, as I see it, is a powerful motivator to stronger, more informed faith. We have emerged from almost every one of those disagreements as an intact body and, for the most part, in a state of shalom. We have emerged, as it were, as partners in a covenant of peace.

Whether it was disagreement over the issue of slavery in the 19th century south, or the ordination of women and their call to preach, or the adoption of Sunday school curriculum that challenged our thinking about life in covenant with God through fresh and insightful readings of scripture, we have endured. The majority of us have valued shalom over legalism and/or our own parochial interpretations of scripture. We have valued unity in Christ’s unconditional love over division based on disagreement concerning the meaning of ancient biblical texts. Sustaining our covenant of peace has been a goal, whether we were conscious of it or not. And it has served us well.

Sometime during the coming year, it is likely that we will have occasions to disagree on other issues of concern to the church. Whether we will unite with the Cumberland Presbyterian Church in America and whether we will include members of the LGBT community in the full faith and fellowship of the church and its ministry are two that come to mind. If we approach such debates in ways that allow only for an “I was right and you were wrong” outcome, then surely nobody will have been right—and all of us will have been wrong. As a result, a covenant of peace—shalom—will be elusive, at best.

The prophet Isaiah describes the object of our hope as a place where “the wolf shall live with the sheep, and the leopard lie down with the kid; the calf and the young lion shall grow up together, and a little child shall lead them. (11:6)” …a little child, the Prince of Shalom. It’s a beautiful scene, that, and one we will do well to remember as we await the Peace that is promised to us this season. Rather than fighting each other and insisting on our own way (1 Corinthians 13:5) within the church, let us focus our efforts in the coming year on fighting the injustice, abuse, hatred, and bigotry in the world around us. Shalom. 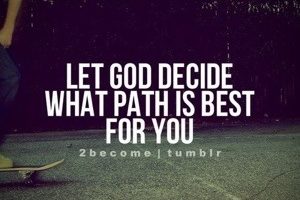