Mark was born to Roy and Wiletta Blakeburn November 2, 1949. He graduated from Bethel College (now university) in 1971 and received a Masters Degree in English from Memphis State University (now the University of Memphis) in 1980. He did his doctoral studies at the University of Mississippi.

Besides working for the Cumberland Presbyterian Resource Center, Mark was an instructor for Lane College (Jackson, Tennessee), the University of Memphis, Shelby State Community College (Memphis), and Arkansas State University Mid-South (West Memphis, Arkansas) among others. While teaching for Olive Branch High School in Mississippi, Mark was recognized as teacher of the year in 1989.

This article is incomplete. More information will be added as it becomes available. 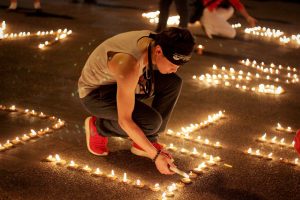 Written by Katie Peyton from Welti CPC in Cullman, Al[...]