The Rev. Don Caperton Sr., 85, died Friday, December 20, 2019. Don was born August 31, 1934, in Vardaman, Mississippi to John Donaldson and Jessie Kate Terry Caperton. He was baptized in 1944 by the Rev. Scheaffer in the Assembly of God congregation in Dearborn, Michigan. On August 26, 1956, Don married Julia Shannon McMillin. They had three children, Julia, Frank Donaldson, Jr. (Don), and Joe Houston. Don joined the New Albany, Mississippi, Associate Reformed Presbyterian Church in 1956 and in August 1959, moved his membership to First Cumberland Presbyterian Church in Columbus, Mississippi, in October 1959, he was ordained as a deacon., and in November 1961, as an elder.

Don attended Aberdeen, Mississippi, Elementary School and graduated in 1953 from W.P. Daniel High School, New Albany, Mississippi. He studied at Northeast Mississippi Junior College before enlisting in the U.S. Marine Corps. Following a medical discharge from the Marines, he graduated from Mississippi State University in 1957 and received a masters degree in education, also from Mississippi State, in 1961. In 1962, Don served briefly on the faculty of Bethel College (McKenzie, Tennessee). He attended Memphis Theological Seminary from 1962 to 1965 but finished his theological studies at Texas Christian University in 1968.

After selling automobiles and working in the Columbus, Mississippi school system as a teacher, assistant principal, and finally assistant Superintendent of Schools, Don answered the call to ministry coming under the care of New Hope Presbytery in 1961. He was licensed in the spring of 1962, and ordained by New Hope October 29, 1962. The Rev. Paul F. Brown preached his ordination sermon and the Rev. Donald Carter delivered the charge. 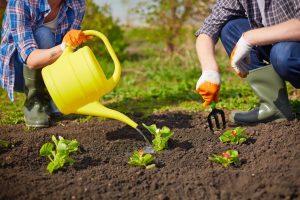 These Three Abide: The Three “Things” That Shape Our Children’s Ministry

The supply closet is crammed full of essentials: blue painters[...]

Focus Look around, slow down; hear what God is saying[...]