Presbytery for the Midsouth Constituted – October 1, 2022

A commission of the Synod of Great Rivers met at Medina Cumberland Presbyterian Church in order to constitute the new tentitively named Presbytery of the Midsouth. Commission chair, the Reverend Don McCurley (West Tennessee Presbytery) asked the questions of the body, delivered the charge, and declared the new presbytery to be constituted. After prayer, the synodic commission departed.

Presbytery for the Midsouth was adopted as a placeholder name for the presbytery until a continuing name can be selected after deliberate consideration.

Candidates and licentiates were placed temporarily under the care of the steering committee.

More information will be added to this report once an official synopsis of actions is received. 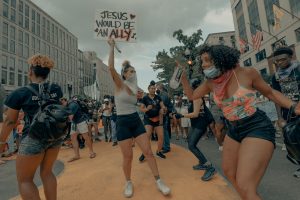 Reflect A middle school teacher is suspended because two students[...]