Not in Our Church

2 May 2016 Posted by Cindy Martin Adult Ministry No Comments

No one wants to deal with the painful reality of abuse, but it happens—and it happens to people who are in the church and by perpetrators who are also in the church. Sometimes it even happens at the church—and not just to children or youth! Abuse is not limited by gender, age, race, religion, education, or socioeconomic level; it happens across the spectrum. The same applies to those who perpetrate abuse.

According to statistical data:

The actual figures are probably higher because abuse is often not reported. The person is either unable to report it or is afraid of retribution from the abuser. Think about the people you know; chances are they include victims of abuse. This issue is one the church cannot afford to ignore.

What constitutes abuse, you may ask: “While the definition of abuse is simple, the meaning of abuse isn’t so clear. Yes, abuse is when one person purposefully hurts another, but that is a common occurrence in life and most of us are guilty of engaging in that from time to time. But what abuse really means is control” (http://www.healthyplace.com/abuse/abuse-information/what-is-abuse-abuse-definition/[April 17, 2014]).

Most types of abuse are multi-faceted. For instance, those who endure physical abuse are often isolated from family and friends (psychological/emotional abuse), may be denied access to joint funds (economic abuse), and regularly hear threats against themselves or those about whom they care (verbal abuse). Most often abuse occurs where the person is living and is done by someone who is close to the victim—a relative or close family friend.

Some signs that abuse may be occurring or that there is the potential for abuse to develop include the following:

Given the statistics listed earlier, there are likely people in your congregation (definitely in your community) who are being or who have been abused or affected by the abuse of others. Obviously, the best scenario would be to stop abuse before it happens, but that’s not always possible. However, if you become aware of (or even suspect) abuse of a minor, an elderly person, or someone who is mentally impaired, it is your legal and moral responsibility to report the abuse to the proper authorities. If you sense that a functional adult is being abused, talk with him or her confidentially and offer your support and encouragement as well as any Help Line numbers. The National Domestic Violence Hotline number is 1-800-799-SAFE (7233).

Additional articles that deal with issues related to abuse will follow in coming months.

So, where does the church fit into such situations?

(The following website was used a reference: http://www.churchleaders.com/pastors/pastor-articles/132930-innocence-lost-helping-victims-of-childhood-sexual-abuse.html, April 21, 2014.) 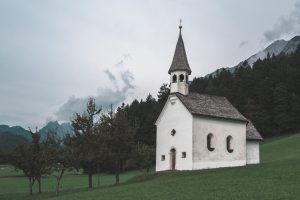 The Changing Face of Older Adults

How does the church treat its older members? Unfortunately, those[...]