(RNS) Dirk Obbink has lost a federal lawsuit over the fraudulent sale of Gospel fragments. The former Oxford University professor and visiting scholar at Baylor University, once heralded for his amazing discoveries of ancient texts, including early copies of the Gospels and unknown poems of Sappho, now owes Hobby Lobby a full refund.

According to the lawsuit, Obbink worked as a private antiquities dealer in addition to his academic work. He sold Hobby Lobby four lots of papyri between 2010 and 2013, as the Oklahoma-based company invested in an expansive collection that it would use to launch the Museum of the Bible in Washington, DC, in 2017. The fragments were discovered in a rubbish heap near a vanished city in Egypt in the early 20th century.

A sales record shows that Obbink claimed four of them were first-century copies of Matthew, Mark, Luke, and John—which would have made them the oldest known pieces of the New Testament.

The resolution of the civil lawsuit leaves a lot of questions unanswered, though. Chief among them: Where are the other 81 ancient fragments that went missing from the Egyptian Exploration Society (EES) library at Oxford at the same time that Obbink, then head of the library’s papyri digitization project, took 32 fragments and sold them to Hobby Lobby?

The EES library launched a systematic check of its collection of more than 500,000 artifacts. More than 120 were missing, and someone had tampered with the card catalogues and photographic records to hide the fact they were gone. 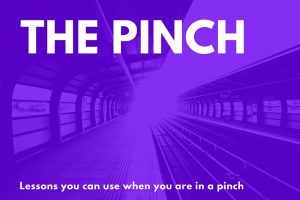 Watch the video (click on the link below) Rich vs[...]