According to WREG television reporter, Melissa Moon, “Jack Brewer of Memphis Ghost Hunters, recently got the deed to the Old Raleigh Cemetery on Old Raleigh LaGrange Road” in Memphis, Tennessee, and intends to raise funds to restore the property. It is not clear what WREG means by Brewer’s claim of ownership or of “got the deed.” The Raleigh Cemetery fits the legal definition of a “public cemetery” in Tennessee and would therefore seem to be the responsibility of the municipality.

From around 2010 to at least 2015, volunteers from the Raleigh Springs Conservancy (founded in 1999) made an effort to restore the cemetery. It was opened and a tour given on April 5, 2014. The cemetery was apparently abandoned and the cemetery is again overgrown.

All photos were taken when the Raleigh Cemetery was open for a tour in 2014. 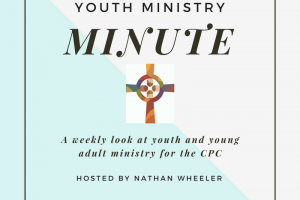 https://www.youtube.com/watch?v=6HBut-cnK8k Welcome to the Youth Ministry Minute hosted by Nathan[...]