Pay attention to the tension in your body. Let go of it and any expectations to do anything, but God’s will today. Prepare yourself to hear God’s word.

By faith Abraham, when put to the test, offered up Isaac. He who had received the promises was ready to offer up his only son, of whom he had been told, “It is through Isaac that descendants shall be named for you.” He considered the fact that God is able even to raise someone from the dead—and figuratively speaking, he did receive him back. By faith Isaac invoked blessings for the future on Jacob and Esau. By faith Jacob, when dying, blessed each of the sons of Joseph, “bowing in worship over the top of his staff.” By faith Joseph, at the end of his life, made mention of the exodus of the Israelites and gave instructions about his burial.

By faith Moses was hidden by his parents for three months after his birth, because they saw that the child was beautiful; and they were not afraid of the king’s edict. By faith Moses, when he was grown up, refused to be called a son of Pharaoh’s daughter, choosing rather to share ill-treatment with the people of God than to enjoy the fleeting pleasures of sin. He considered abuse suffered for the Christ to be greater wealth than the treasures of Egypt, for he was looking ahead to the reward. By faith he left Egypt, unafraid of the king’s anger; for he persevered as though he saw him who is invisible. By faith he kept the Passover and the sprinkling of blood, so that the destroyer of the firstborn would not touch the firstborn of Israel.

What is Faith? Faith is trusting the Lord. Faith is the guarantee of things hoped for and the confidence of things unseen. We see this long list of heroes of faith in the Bible. They trusted God, gave their best, and He blessed them. The fact that God received Abel’s sacrifice stands as a testimony of his life and a witness before God of his faith. Enoch trusted in God and had so much faith he did not taste death. Noah trusted God and his works followed in building an ark that saved him from a flood that was never seen or even considered possible but he trusted God fully and it was attested to him as faith. All people have to step out in faith at some point.

While we can make a rational decision for Christ that element of faith, trust in the unknown that God revealed in the Scriptures, still requires a leap into the unknown when following the Lord our God. God will continue to be a mystery to us no matter how informed our decision for Christ is. Perhaps one of my favorite scenes in cinema is in Indiana Jones and the Last Crusade. Indiana is in a race to get to the Holy Grail before his dad dies from a gunshot wound to the stomach. He must step out of a precipice and trust that he will not fall. He steps out and his faith is rewarded. Much like us, when we receive Christ, we step out in faith and when we trust in Christ our faith is rewarded by the forgiveness, the loving arms of God and the relieving of heavy burdens.

God, help our faith in those times of challenge and difficulty. Help us to see through your eyes and have eyes of faith.

Focus Breathe in clear thoughts of peace and reflection as[...] 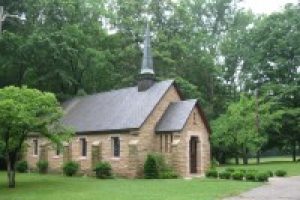 A Liturgy for Denomination Day