Prepare yourself to discern what is and what is not of God today. Still yourself so you can hear how God is calling you.

“But they and our ancestors acted presumptuously and stiffened their necks and did not obey your commandments; they refused to obey, and were not mindful of the wonders that you performed among them; but they stiffened their necks and determined to return to their slavery in Egypt. But you are a God ready to forgive, gracious and merciful, slow to anger and abounding in steadfast love, and you did not forsake them. Even when they had cast an image of a calf for themselves and said, ‘This is your God who brought you up out of Egypt,’ and had committed great blasphemies, you in your great mercies did not forsake them in the wilderness; the pillar of cloud that led them in the way did not leave them by day, nor the pillar of fire by night that gave them light on the way by which they should go. You gave your good spirit to instruct them, and did not withhold your manna from their mouths, and gave them water for their thirst. Forty years you sustained them in the wilderness so that they lacked nothing; their clothes did not wear out and their feet did not swell. And you gave them kingdoms and peoples, and allotted to them every corner, so they took possession of the land of King Sihon of Heshbon and the land of King Og of Bashan. You multiplied their descendants like the stars of heaven, and brought them into the land that you had told their ancestors to enter and possess. So the descendants went in and possessed the land, and you subdued before them the inhabitants of the land, the Canaanites, and gave them into their hands, with their kings and the peoples of the land, to do with them as they pleased. And they captured fortress cities and a rich land, and took possession of houses filled with all sorts of goods, hewn cisterns, vineyards, olive orchards, and fruit trees in abundance; so they ate, and were filled and became fat, and delighted themselves in your great goodness.

Our 5-month-old grandson spent the weekend with us. He is too young to know the difference between right and wrong which means it is up to his family to help him learn. When he makes a mistake, we won’t stop loving him; we will correct the behavior and help him to learn.

God has given us an example for how to train our children by the way God “parented” the people of Israel. God loved the people of Israel even when they did things of which God didn’t approve. They built and worshipped idols, but God continued to provide what they needed. They turned away from the worship of God, but God kept loving them.

Just as we won’t ever stop loving our grandson, God will never stop loving us. There will be times when we will need to correct him so that he can live a safer life, a life that follows God, but we will still love him. There are times when God corrects our behaviors as well. What is God trying to teach you?

God, thank you for loving us enough to correct us. Help us to show the same kind of love to our families. Amen. 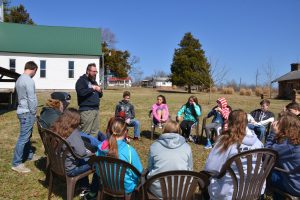 We are Lifetime Learners from the Great Teacher Paula Louder[...] 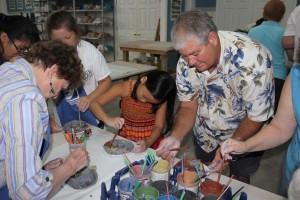 As you are planning for summer activities at church, you might[...] 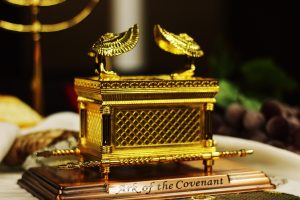 Paul is instructing the Hebrew people by reminding them of[...]