When they heard these things, they became enraged and ground their teeth at Stephen. But filled with the Holy Spirit, he gazed into heaven and saw the glory of God and Jesus standing at the right hand of God. “Look,” he said, “I see the heavens opened and the Son of Man standing at the right hand of God!” But they covered their ears, and with a loud shout all rushed together against him. Then they dragged him out of the city and began to stone him; and the witnesses laid their coats at the feet of a young man named Saul. While they were stoning Stephen, he prayed, “Lord Jesus, receive my spirit.” Then he knelt down and cried out in a loud voice, “Lord, do not hold this sin against them.” When he had said this, he died. And Saul approved of their killing him.
That day a severe persecution began against the church in Jerusalem, and all except the apostles were scattered throughout the countryside of Judea and Samaria.

We all have certain things we hold to as truths. Thanksgiving Day has many of them. We expect good food, a time to be with family and friends, and hopefully a time to thank God for the many blessings we have received the past year.

The same is true for our faith. We have beliefs established through our experiences and like Stephen many of us are willing to die for them. As a Christian, especially as a minister, I find myself asking what beliefs I would die for and what beliefs can bend some to be more effective in my witness to my community.

I turned 59 this summer. I have experienced many changes in my life personally and in the church. In the beginning most of those changes were difficult. After a period, the changes that remained proved wise.

Look closely at this passage and you will notice the stoning of Stephen was approved by Saul who because of Stephen’s witness changed and became Paul, one of the great champions of the Christian faith.

As you offer your thanks today, pray for courage to stand firm where needed and wisdom to change where needed to be more effective.

Holy God, we are thankful to be your child, for the many blessings you have bestowed upon us; especially family and friends. Help us to be faithful effective witnesses to your love for us, we pray. Amen.

Rickey Page is the pastor of West Nashville CP Church in Nashville Presbytery. He has been married to Cheryl Page for 34 years and they have twin daughters, Brittney and Whitney (Ham McVeigh). 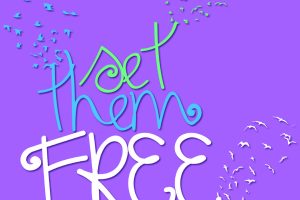 Break the Chains of Injustice Shelia O’Mara   Reflection before[...] 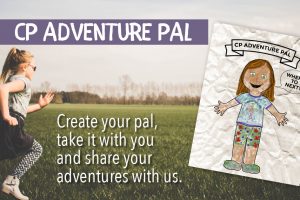 This summer, Cumberland Presbyterian children are invited to join in a[...]