Now Naomi had a kinsman on her husband’s side, a prominent rich man, of the family of Elimelech, whose name was Boaz. And Ruth the Moabite said to Naomi, “Let me go to the field and glean among the ears of grain, behind someone in whose sight I may find favor.” She said to her, “Go, my daughter.” So she went. She came and gleaned in the field behind the reapers. As it happened, she came to the part of the field belonging to Boaz, who was of the family of Elimelech. Just then Boaz came from Bethlehem. He said to the reapers, “The LORD be with you.” They answered, “The LORD bless you.” Then Boaz said to his servant who was in charge of the reapers, “To whom does this young woman belong?” The servant who was in charge of the reapers answered, “She is the Moabite who came back with Naomi from the country of Moab. She said, ‘Please, let me glean and gather among the sheaves behind the reapers.’ So she came, and she has been on her feet from early this morning until now, without resting even for a moment.”

Then Boaz said to Ruth, “Now listen, my daughter, do not go to glean in another field or leave this one, but keep close to my young women. Keep your eyes on the field that is being reaped, and follow behind them. I have ordered the young men not to bother you. If you get thirsty, go to the vessels and drink from what the young men have drawn.”

When reading the story of Ruth, I’m always reminded of the famous painting, “The Gleaners.” A copy of this painting by Jean-Francois Millet hangs in the pastor’s office/Sunday school room of my home church, Shiloh CPC in Virginia, Illinois.

The process of gleaning a field is slow and laborious, as the gleaner searches bit by bit for the remains left after the reapers have left; a humbling joy. Even though the three women depicted are surely dependent on the grain they are able to find, there is a calmness to the scene portrayed. It seems to me that they know they will have enough; that they will be provided for.

God provided for Ruth even though she was a Moabite, an outsider in the land of Judah. Because of her love for her mother-in-law, Naomi, her godly character and her refusal to return to the pagan ways of Moab, God provided for Ruth. God led her to the field owned by Boaz and guided Boaz to become a kinsman-redeemer for Ruth and Naomi, God has given us Jesus Christ, as our kinsman redeemer.

Forgiving God, thank you for sending your son as our redeemer. Amen.

Tags: dependence on GodDMTgleanersgodlykinsman-redeemer
No Comments
0

This author hasn't written their bio yet.
Ruth Carroll has contributed 5 entries to our website, so far.View entries by Ruth Carroll 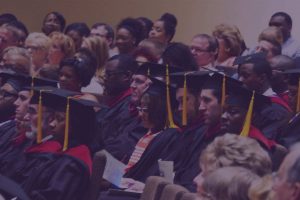 A Liturgy for Seminary Sunday