The same day some Sadducees came to him, saying there is no resurrection; and they asked him a question, saying, “Teacher, Moses said, ‘If a man dies childless, his brother shall marry the widow, and raise up children for his brother.’ Now there were seven brothers among us; the first married, and died childless, leaving the widow to his brother. The second did the same, so also the third, down to the seventh. Last of all, the woman herself died. In the resurrection, then, whose wife of the seven will she be? For all of them had married her.”

Jesus answered them, “You are wrong, because you know neither the scriptures nor the power of God. For in the resurrection they neither marry nor are given in marriage, but are like angels in heaven. And as for the resurrection of the dead, have you not read what was said to you by God, ‘I am the God of Abraham, the God of Isaac, and the God of Jacob’? He is God not of the dead, but of the living.” And when the crowd heard it, they were astounded at his teaching.

In our text for today, a group of Sadducees approached Jesus with both an improbable and a hypothetical question regarding the resurrection. Since they did not believe in the resurrection, their question was an attempt to make Jesus look foolish in the eyes of the public. Their question involved a woman whose husband had died leaving her childless. According to the Law of Moses, the widow’s brother-in-law had to marry her so that his deceased brother might have an heir. In this hypothetical situation, a bizarre twist of fate caused her to marry subsequent brothers-in-law (six in all) who all died with their mission unfulfilled. The question of whose wife she would be at the resurrection ended their ridiculous query. It might have been an effective trick question had they not asked it of the man [Jesus] who would later say, “I am the resurrection and the life” (John 11:25).

Eternal God of the resurrection, we praise you for the gift of everlasting salvation you make available to all who believe. We thank you that no circumstance or situation, not even death, can separate us from you. Amen.

Tags: presentresurrectionseparation from God
No Comments
0

Since 2013, Mike Wilkinson has served as the pastor of Knoxville First Cumberland Presbyterian Church. He is also currently serving on our denominational Ministry Council. Mike has been married to his gracious wife, Joanna, for nearly thirty-nine years. They have three wonderful daughters, one of which is a Cumberland Presbyterian minister, and five awesome grandchildren. 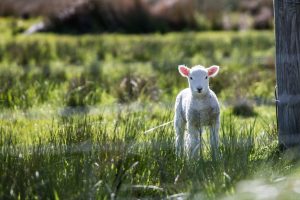 Reflect The resurrection story is usually saved for Easter, when[...]

From Celebration to Sorrow…to Resurrection

As the lunar cycle would have it this year, the[...]