Relax and listen. Consciously prepare to hear God’s Word. Clear your mind of the worries and tasks that lie before you. Open your heart and allow it to refresh.

But on the first day of the week, at early dawn, they came to the tomb, taking the spices that they had prepared. They found the stone rolled away from the tomb, but when they went in, they did not find the body. While they were perplexed about this, suddenly two men in dazzling clothes stood beside them. The women were terrified and bowed their faces to the ground, but the men said to them, “Why do you look for the living among the dead? He is not here, but has risen. Remember how he told you, while he was still in Galilee, that the Son of Man must be handed over to sinners, and be crucified, and on the third day rise again.” Then they remembered his words, and returning from the tomb, they told all this to the eleven and to all the rest. Now it was Mary Magdalene, Joanna, Mary the mother of James, and the other women with them who told this to the apostles. But these words seemed to them an idle tale, and they did not believe them. But Peter got up and ran to the tomb; stooping and looking in, he saw the linen cloths by themselves; then he went home, amazed at what had happened.

You can’t really blame them: the story these women are telling is too good—and too improbable—to believe. Dead is dead; gone is gone. But an empty tomb is an empty tomb, and the women know what they have seen and heard. They know, too, that this news is too good not to share.

You’d think this was a safe audience—the proverbial “preaching to the choir” situation. If anyone would believe them, surely it would be Jesus’ closest friends. Like these women, those men had heard Jesus say that he would die and that he would rise again.

Good news! The Kingdom of God did not come to a screeching halt on the cross. Jesus arose, just like he promised!

It is both the best—and the worst—sermon ever: “Best” because it is true in every way—true to their own experience and true to the gospel. It is a timely message that invites a response.

“Worst” because no one is buying it. The women brought good news to their brothers in Christ, and those guys looked at them like they were crazy. If that’s ever happened to you, I hope you take comfort in knowing you’re not alone!

Almighty God,
Open my eyes so that I can see you better.
Open my mind, so that I can understand you a little more.
Open my heart to receive the good news,

no matter who brings it.

no matter how it is received.

Open my life, Lord, to the new life you offer in Christ.
Amen.

Rev. Jennifer Newell is a member of Tennessee-Georgia Presbytery and pastor of First Cumberland Presbyterian Church in Cleveland, Tennessee. She and her husband Chuck celebrate 30 years of marriage this month. They are the parents of three fabulous adult children: Ellie, Evan, and Zoe. 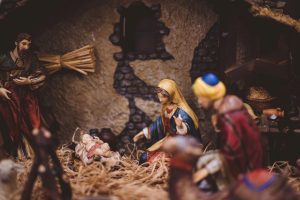 Eyewitness to the Good News

Reflect In the Old Testament, after the death of Joshua[...] 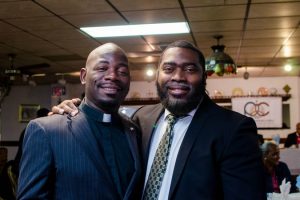 A Liturgy for Pastor Appreciation Sunday

What Sermon are You Preaching Today? Pam Phillips-Burk Call to[...]