Experience silence in the midst of your busy day. Take some time to relax into a time to be with God.

When the angels had left them and gone into heaven, the shepherds said to one another, “Let us go now to Bethlehem and see this thing that has taken place, which the Lord has made known to us.” So they went with haste and found Mary and Joseph, and the child lying in the manger. When they saw this, they made known what had been told them about this child; and all who heard it were amazed at what the shepherds told them. But Mary treasured all these words and pondered them in her heart. The shepherds returned, glorifying and praising God for all they had heard and seen, as it had been told them.

After eight days had passed, it was time to circumcise the child; and he was called Jesus, the name given by the angel before he was conceived in the womb.

The world says Christmas ended a week ago when December 25 changed to December 26 and that today is a completely different holiday. But Christians know better. We know that a new year began weeks ago with the first Sunday of Advent. We also know that today isn’t a separate holiday, but the eighth day in the twelve-day season of Christmas. That’s how different from the world following Christ leads us to be: we have our own calendar. The importance of New Year’s Day, 2016, will only matter as long as people keep records of such things. The reason for Christmas, though, will matter for eternity.

Compared to last week, that first Christmas was pretty simple. No crowded stores. No decorations to buy, put up, and take down. Nobody disappointed over gifts received. No anxiety over the soon-to-arrive credit card bill. No ever-expanding Christmas card mailing list. No long return lines in stores to dread. The focus was pure and simple: the birth the Savior. If you hunger for a simpler, more Christ-focused Christmas celebration, commit today to making that happen in your household and your congregation this year.

Help me, God, to keep focused more on Jesus than on the world, both as this season of Christmas continues and throughout 2016. Amen.

How Will We Navigate this New Year?

“There is no fear in love. But perfect love drives[...] 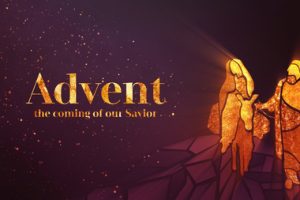 We are excited to share with you some brand new[...]