11 May 2020 Posted by Matthew Gore CP News No Comments

Bill was born in Richmond, Virginia, on December 28, 1934. He graduated from John Marshall High School in 1953 and from Hampden-Sydney College, a Presbyterian institution in Virginia and the historic birthplace of the Great Revival, in 1957, received a Masters Degree in Greek from the University of Virginia in 1959, and completed his Ph.D. from Virginia in 1961. He married Carol A. Hepler.

From 1961 to 1965, Bill taught ancient Greek at Randolph-Macon College in Ashland, Virginia. He returned to Hampden-Sydney College as professor of ancient Greek from 1965 to 1969. He then served Keuka College in Keuka Park, New York for six years from 1969 to 1975, as vice president, dean, and finally acting president. “It was the mid-1960s and during this time he and Carol took strong stands on the civil rights movement.”

Bill came to Bethel College as the 29th president on Monday, August 18, 1975 at, perhaps, the darkest period in the institution’s history. He spent two days the prior week meeting with Bethel’s faculty and staff. Debts accrued during Bethel’s building program of the late-1960s combined with declining enrollment in the post-Vietnam era to facilitate a financial crisis in the early-1970s.

Odom followed William Cottrell as Bethel’s president. Cottrell announced, in early-1974, the need to reduce faculty drastically in order to keep the institution solvent. General outcry among the faculty and student body led to Cottrell’s resignation but failed to save thirteen faculty positions. Interim President Dr. Fred Bryson strengthened Bethel’s dire financial situation by attracting comedian Bob Hope to Tennessee for two benefit performances, one on the Bethel campus in McKenzie and the other in Memphis. While these performances raised $82,000 for the college, they came far from eliminating the accumulated debt.

When Bill Odom took the presidency, Bethel’s survival was far from sure despite optimistic speeches at his inauguration including one by congresswoman Barbara Jordan. By the time Bill left Bethel, in 1991, the situation was much more stable. He had never heard of Bethel when he originally though of leaving Keuka College but eventually came to the attention of Bethel’s search committee. Action of the 1975 Cumberland Presbyterian General Assembly delegated fund-raising responsibilities to the president but, still, Odom said he was impressed with the degree of commitment the denomination had to the college. He said he perceived his role to be “to help set in order internal affairs, and, second, raise money and attract new students.”

“There would be no Bethel University if it weren’t for Bill Odom,” said Dr. Ed Perkins, a former Bethel student. According to Bill’s son, Butch Odom, “he continued to love Bethel University, and he enjoyed watching its continued growth.” Odom was president when the self-educated savant Robert Howard Allen presented himself for admission. Allen’s incredible story saw Dr. Odom frequently quoted in the press.

On January 1, 1991, after over fifteen years as president and amid relative financial success, Odom assumed the newly created position of Bethel’s Chancellor. Odom Hall, the former Cumberland Presbyterian Theological Seminary building, houses the facilities and offices for the faculty of the natural sciences, including classrooms and laboratories. The building was completely renovated in 2011 and dedicated to Dr. Odom.

After leaving Bethel in 1991, Bill became vice president for development for Habitat for Humanity International in Americus, Georgia, from 1991 to 1994. He then served the Salvation Army in Washington, D.C., as director of development from 1994 to 2000.

Bill retired to Memphis, Tennessee, where his son, William L. “Butch” Odom, Jr., serves the Church Health Center as Director of Behavioral Health. Bill and wife Carol joined the Cumberland Presbyterian Church of Germantown. He will be buried in the cemetery of College Church on the campus of his alma mater, Hampden-Syndey College. 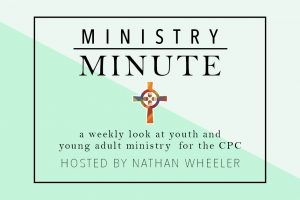